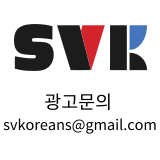 Given a list of strings words and a string pattern, return a list of words[i] that match pattern. You may return the answer in any order.

A word matches the pattern if there exists a permutation of letters p so that after replacing every letter x in the pattern with p(x), we get the desired word.

Recall that a permutation of letters is a bijection from letters to letters: every letter maps to another letter, and no two letters map to the same letter.